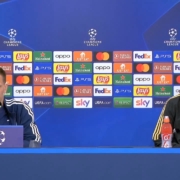 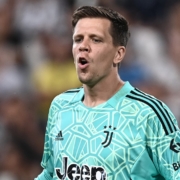 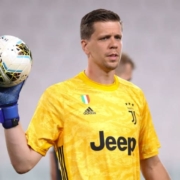 “My wife was born in Ukraine, there is Ukrainian blood running through the veins of my son, part of our family is still in Ukraine, a lot of my workers are Ukrainian and they’re all great people.

Seeing the suffering on their faces and fear for their country makes me realise I can’t stand still and pretend that nothing has happened.

The moment Putin decided to invade Ukraine he declared war not only on Ukraine but also on all the values Europe stands for. Liberty, Independence but, most of all, Peace.

On March 26 we were supposed to play against Russia in a play-off match for the 2022 World Cup in Qatar. And although my heart breaks while writing this, my conscience will not let me play.

Representing your country is the biggest honour in a footballer’s career but it’s still a choice.

I refuse to play against players who choose to represent the values and principles of Russia!

I refuse to stand on the pitch, wearing the colours of my country and listen to the national anthem of Russia!

I refuse to take part in a sporting event that legitimises the actions of the Russian government.

I know my impact may only be symbolic but I call on FIFA and UEFA to take action and hold the Russian Federation accountable for their actions.

I can’t imagine playing a match with the Russian National Team in a situation when armed aggression in Ukraine continues. Russian footballers and fans are not responsible for this, but we can’t pretend that nothing is happening.” 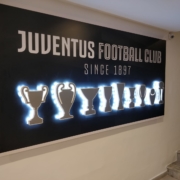 0 0 Aleandro Bartolo https://juventusclubmalta.com/wp-content/uploads/2020/05/JCVO-logo-min-header-1.png Aleandro Bartolo2020-12-18 08:48:122020-12-18 08:48:12Szczesny hu l-Aqwa Plejer ta’ Juventus-Atalanta
Scroll to top
We use cookies on our website to give you the most relevant experience by remembering your preferences and repeat visits. By clicking “Accept All”, you consent to the use of ALL the cookies. However, you may visit "Cookie Settings" to provide a controlled consent.
Cookie SettingsAccept All
Manage consent

This website uses cookies to improve your experience while you navigate through the website. Out of these, the cookies that are categorized as necessary are stored on your browser as they are essential for the working of basic functionalities of the website. We also use third-party cookies that help us analyze and understand how you use this website. These cookies will be stored in your browser only with your consent. You also have the option to opt-out of these cookies. But opting out of some of these cookies may affect your browsing experience.
Necessary Always Enabled
Necessary cookies are absolutely essential for the website to function properly. These cookies ensure basic functionalities and security features of the website, anonymously.
Functional
Functional cookies help to perform certain functionalities like sharing the content of the website on social media platforms, collect feedbacks, and other third-party features.
Performance
Performance cookies are used to understand and analyze the key performance indexes of the website which helps in delivering a better user experience for the visitors.
Analytics
Analytical cookies are used to understand how visitors interact with the website. These cookies help provide information on metrics the number of visitors, bounce rate, traffic source, etc.
Advertisement
Advertisement cookies are used to provide visitors with relevant ads and marketing campaigns. These cookies track visitors across websites and collect information to provide customized ads.
Others
Other uncategorized cookies are those that are being analyzed and have not been classified into a category as yet.
SAVE & ACCEPT